The University of North Carolina at Chapel Hill

Transforming the Carolinas: Preparing to End the Epidemic for Transgender People of Color 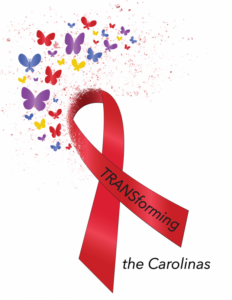 WHY IS THIS STUDY IMPORTANT?

HIV incidence among transgender women is estimated to be as high 2.8 per 100 person years. Nationwide, 44% of Black transgender women and 26% of transgender Latinas are living with HIV. [1]  HIV prevalence among transgender men is estimated at 3%, ten times the national prevalence, [1] with a disproportionate impact on among Black and Hispanic/Latino transgender men. [2] Despite elevated vulnerability to HIV, PrEP acceptability and uptake are low among transgender people of color. [3-5] Stigma, invisibility in PrEP advertising, and concerns about drug interactions have been identified as significant barriers to uptake.[4, 6] Among transgender people living with HIV, engagement along the HIV care continuum from testing to ART adherence is also lower than other populations. [7, 8] Limited access to gender affirming healthcare is a key barrier to engagement. [8, 9]

The majority of Black and Hispanic/Latino transgender people with HIV reside in the South,[10, 11] yet they are woefully underserved in the HIV response in the region. For these populations, intersectional stigma based on race, gender identity, HIV status, and HIV risk factors exacerbate barriers to engagement in HIV prevention and care. Stigma and discrimination are particularly problematic for transgender individuals in the southern U.S. [12] Transgender people in southern states and rural areas are less likely to receive affirming care than those in other environments.[13] Religiosity and social conservatism, which are known to be associated with lower acceptance of transgender individuals,[14] are more prevalent in the South. [15]

Theme by Anders Noren — Up ↑